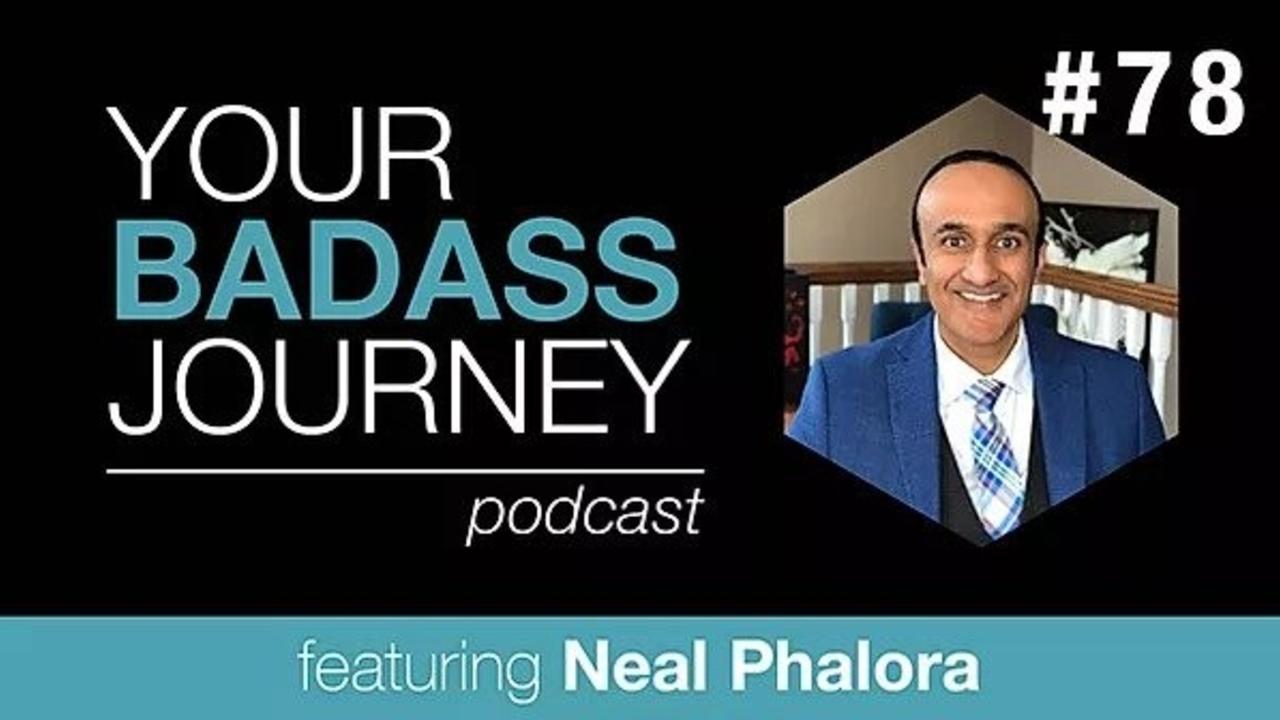 Today's guest is mindset and brain fitness coach Neal Phalora. We geek out and share some amazing tips, tricks, and methods anyone can use to align their reality with their dreams.

Neil shares the exact moment he realized that he could take control of his brain function, his neuroplasticity, and change the way he experienced life. He was able to lose excess of 65 pounds, restore his destroyed sleep schedule, and heal some debilitating digestive. Today, he helps his clients leverage this same brain science to alter abundance, build the right habits, and increase their happiness.

I think just about everyone would benefit from connecting with Neal because I truly believe that everybody needs to understand how strong you can live your life and how fulfilling it can be when you decide and choose how your brain functions, creating that life that truly aligns what you love with what you do every single day. You know I'm all about fulfillment, and that's what Neal is all about — so I cannot wait to share him with you!

Neal’s father was born into abject poverty, on a dirt floor farm in the Himalayas. Most people would consider traveling to the United States, going to veterinary school, and getting a PhD in genetics to be out of reach to him — but he knew better.

In the process, Neal’s father taught him and showed him the incredible power of the brain — and gifted him with the mindset that he could create anything with your mind. “Instead of bonding over football and other things, we bonded over ideas,” Neal says.

That curiosity propelled Neal through primary school and into medical school, but then things started to go wrong with his body. He couldn’t find any answers, and the school wasn’t interested in giving him the time to find those answers, so he left and started a corporate career.

But, after about a decade, he was overweight, sleeping in bed three to five hours a day, and had brain fog so thick he’d get lost in his own neighborhood. He was finally at his wit’s end.

And what it really came to be is that I was 65 pounds heavier than I am now. I was sleeping in a bed three to five hours a day. And I had brain fog so thick, Kareen, that I came to the end of my neighborhood, and I didn't know where I was, or where I was going, or how I got there. I thought I was early onset dementia. So, I had done all the functional things. And now, I was at my wit's end at that point.

He was seeking the help of doctors and naturopaths from different countries when, finally, a naturopath suggested he could rewire his brain to change his experience of life. So, Neal started researching.

“So, underneath my nose was this huge amount of data of all of these people that, through different means, were taking their own brains and taking chronic conditions, serious conditions, things that seemed incurable or undiagnosable by medicine, and healing their bodies. And I couldn't sleep anyways most of time. I was having severe insomnia. So, I stayed up nights reading about all this. And lightning just struck.”

Neal’s big problem was that his brain was stuck in constant fight or flight mode, which is not entirely uncommon in our fast-paced, stressful world. To change that, he had to learn how to trick his limbic brain, which is the emotional brain, and it essentially functions as a two- or three-year-old.

And the principles he used to do that are actually pretty simple. The idea is that emotions are the currency of the brain and the body — but as we mature into adulthood, we become “emotionally constipated.”

So, to rewire the brain, you have to rewire your memories, your experiences, through emotion. Because your brain and body don’t care if something’s happening right now or if you’re remembering it — physiologically and biologically, memories and experiences are the same.

As a result, we get stuck in trauma loops that become physical highways within your brain, creating positive feedback loops of negative emotions that start rippling through your body. Luckily, we can rewire our brains to create new highways.

“The brain is a powerful storyteller, and it wants to tell the story,” Neal says. So, when you become conscious of that, you can become the author of your own stories.

One of the ways that Neal likes to do this is by feeding the brain questions.

And if you do this regularly, your brain that will filter what's coming into your brain using this new way of thinking. Similarly, I like to add “of course” to the beginning of a statement: Of course I’m going to get this client, of course this is going to be the most passionate relationship I’ve ever had, of course I’m going to follow through on this exercise plan and lose that weight.

Another one of Neal’s techniques involves adopting “a lifestyle where they're thinking and feeling greater than they are... If you're going to create a new result, you need to create the version of you out ahead of the result.”

And this isn’t just a matter of wishful thinking. It’s just getting back in touch with a skill we all had as children: make believe. Bitcoin, Microsoft, Disney — these things only exist because someone thought of them in their head and then believed so passionately it became a reality.

“The principles that I get people back to is to getting back in touch with their 5-year-old self and learning how to be that dreamer, that make believer, that master of energy and emotion.”