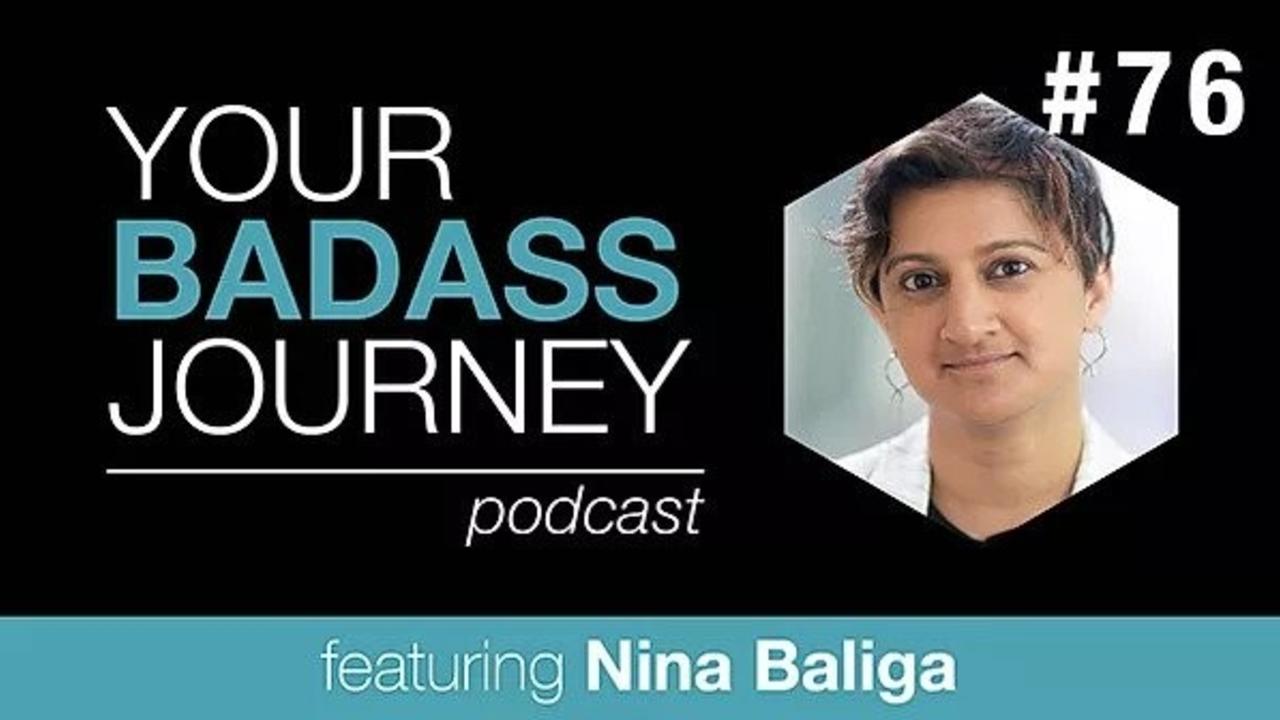 As a child of immigrants, Nina Baliga has always been passionate about social justice and improving the lives of marginalized people. She began her career in the nonprofit world working to empower underrepresented communities, then went on to get an MBA before she decided to teach herself front-end web development and user experience design.  With nearly twenty years of experience in nonprofit and for-profit organizations, she decided to dive into the startup world, combining her community organizing, business, leadership and app development skills.

Nina is now the Co-Founder of <div>ersity — a startup focused on creating an equitable, diverse, and inclusive tech industry through a platform that is the “Glassdoor for Inclusion” — and the Head of Executive Culture and Inclusion at Jobber Group.

In our conversation today, she shares how she's partnered with others in order to create more training and conversations around inclusion, really helping leaders feel empowered to be more curious about inclusivity.

During Nina’s 10 years in the nonprofit sector, she had a wide variety of roles: directing a political campaign, working for a labor union organizing janitors that were working in multi-million dollar condos in South Florida, managing a Get Out the Vote Campaign with largely Haitian immigrants, and facilitating community development with Asian Americans and Pacific Islanders who were really underrepresented because they were breaking the model minority myth.

But, after a decade in the nonprofit sector, Nina got really burned out. She was approaching 30 years old and she wasn't making enough money to be able to pay the bills, so she decided to make a career change. And she had always been fascinated with how technology can transform people and transform communities, so she decided to teach herself front-end web development and user experience design.

Nina then spent another 10 years in the tech sector, living all across the country and ultimately ending up in Colorado. But when she went to tech meetups in Colorado, they were all just rooms full of white guys. “And I was just getting so frustrated,” Nina says. “Because I'm not a shy person. I'm more than willing to speak up when I see things that are being dismissed or things that people are missing. And so, I would usually be the only woman of color in the room, maybe one of a handful of women... And I would usually be met by blank stares, and then they would just move on.”

So Nina set out to find the women in the Colorado tech scene.

She found a team of women who were getting together for the Go Code Colorado hackathon. Over the course of a weekend, these 10 women built an app that would help hiring managers find tech talent from underrepresented groups in Colorado's colleges and universities. They were one of the 10 teams to move on to the finals, where they were pitching for a chance to win $25,000 to build a startup.

None of them started the hackathon with any intention of building a startup, but after the pitch, some of Colorado's top technologists said that the lack of diversity in tech really needed to be addressed.

So, Nina and her teammate Kim Schlesinger co-founded <div>ersity with the goal of bringing equity into tech. Diversity defined as just race and gender, but they wanted to tackle the problem more broadly. “We just thought that that wasn't good enough. We wanted to include people with visible and invisible disabilities. We wanted to include the LGBTQ community. We wanted to include body diversity, people of different socioeconomic backgrounds. We really thought deeply about what diversity really means.”

They went out and talked to developers, engineers, coders, designers from these different diverse groups, and what they heard was that underrepresented communities were struggling to feel valued, seen, and heard. Then, when they were talking to tech executives, trying to find out what their pain points were, they found that tech companies were struggling to find and retain tech talent from these underrepresented groups.

So they built a platform designed to be the Glassdoor for inclusion, where tech talent from underrepresented groups can share what their unique experiences are like and companies can create profiles to highlight what they're doing to build inclusive cultures.

But Nina wanted to continue making an impact — because she “just wants to live in a world where everyone can go to work and feel seen, valued, and heard.”

She knew that diversity at her startup was going to be part of that solution, but one common theme she had heard from working with all these companies over the last couple of years was that diversity and inclusion can't just be an HR initiative. “It's got to be built into the blood of a company. It's got to be something every leader is on board with.”

This led Nina to the Jobber Group as head of Executive Culture and Inclusion, where she helps find people from underrepresented groups who value and understand the value of building inclusive cultures and then gets them into C-level positions.

I think everything Nian does is just so beautiful and aligned — and she really is helping to create a world where everyone can feel seen, valued, and heard at work.