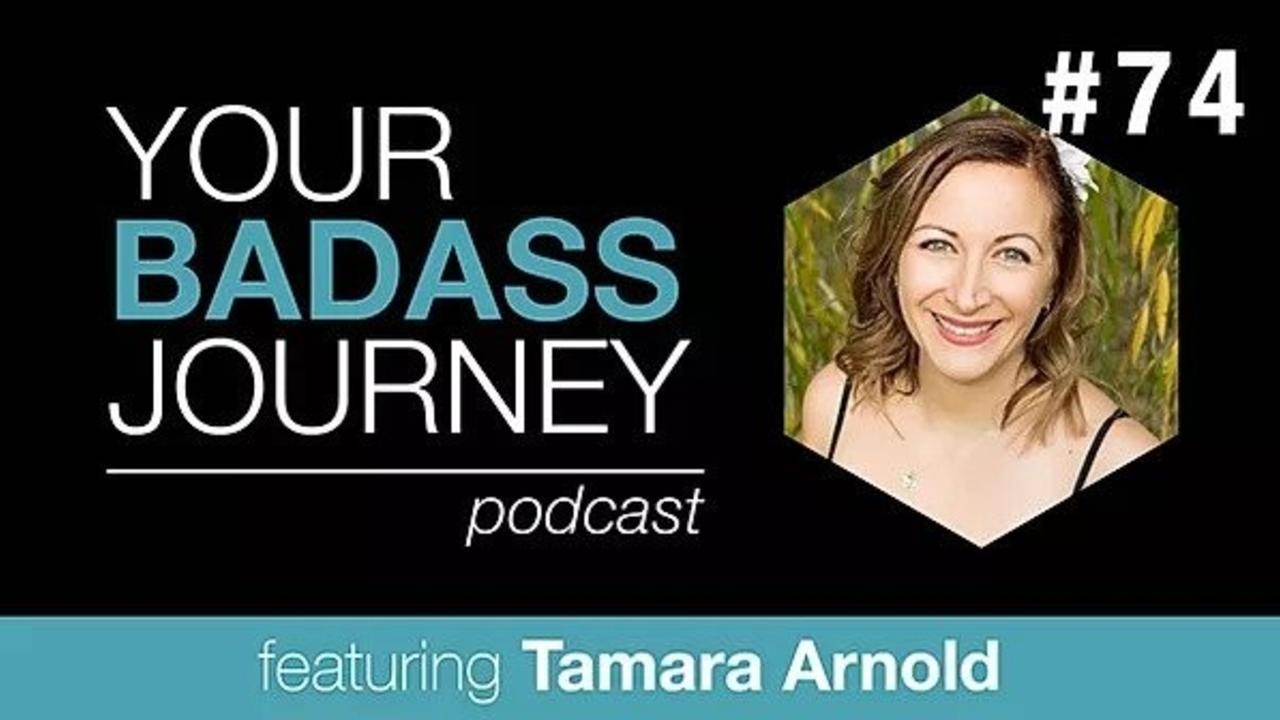 Tamara Arnold is a three time International Best Selling Author, Mamapreneur, Mental Health Advocate, Energy Reader, and Spiritual Badass. As the creator of the Own Your Intuitive podcast and founder of The Chakra Business Academy, Tamara helps creatives, spiritual entrepreneurs, and lightworkers build a business from the inside out. Using her trademarked process, The Energy Funnel, her clients gain clarity, remove limiting beliefs, clear their chakras, amplify their messages, and rock their businesses financially.

Tamara has lived amongst severe mental illness her entire life. When she was a young kid, she witnessed her mom slip into depression, and she didn't know how to make it better. “And I didn't know, also, back then, that I was a young empath. And so, I wanted to do everything and anything because I could feel how sad she was. I could feel how hurt she was. I can feel how hard things were.”

So Tamara would try to buy gifts to cheer her mother up. She would put on one act plays before bed in the hopes that she was so funny her mom would have no choice but to wake up with a smile. But it never worked. The need to make her mom better became her entire existence for much of her adolescence.

But by the time Tamara was 16, she couldn’t do it anymore. She started drinking and smoking pot to try and numb herself to the point that she didn't have to feel anymore. Then she moved out of my house because she was done parenting her mom. She was done dealing with mental health.

Then, when she was 17, she got approved to go to a rotary exchange to Brazil. “And I'm so grateful for this part in the story because this is the part where I learned my own independence.” This is where Tamara created Tamara.

Tamara came home from Brazil when she was 18. By the time she was 19, she was pregnant, and her son ended up suffering severely with mental health issues.

“So, there are no days off. There is no space. There is no time. You're in protective mode. You can never let your guard down. You have to keep everything together. You don't want anyone to find out. You don't want the world to see, sense, or know. It's a struggle from the minute you open your eyes.”

But his behavior just kept elevating. And years into this, in therapy, Tamara learned an important lesson: she had to detach myself emotionally. Because she couldn’t stay in that relationship that way it was — it was abusive — but her extreme love was holding her hostage.

Then, Tamara walked into her laundry room and found her now 16-year-old son with a chair and a cord.

“I did what I consider the hardest thing I've ever done... And I will never forget the day that I made the decision that if Ethan wasn't willing to help Ethan, I couldn't do this anymore.”

Tamara ended up having to break up with her son. It only lasted six months — “But during that six months that we didn't talk, I slipped into the deepest, darkest abyss in depression that a mom can go into.”

But Tamara hated living that way. She was tired of crying, she was tired of the darkness, but she didn't have the energy and she didn't have any idea what to do. She started by getting into the habit of, every day, asking herself, " What is one thing I can do today to feel just a little bit better than yesterday?”

Now, Tamara knows she was just elevating her emotional frequency — but this was the first time she really stepped into the world of self-development or spirituality.

Later, she signed up for a 30-day meditation series. She slept through every single one of them, but she started doing some much-needed subconscious work. And when the 30 days was over, she decided to keep meditating.

This, really, was when the Tamara we see today started to take form.

I know some of you are not plugged into the spiritual world like this, and some of you are probably skeptical. But when you can find that energetic alignment in who you are and how you stand in this world, it makes a huge impact on your life; the energy shift that you have when you interact with other people, let me tell you, it matters.

It might sound totally woo-woo to you right now, but I believe everyone benefits from this kind of internal work.

The alignment is so key for all of us to tap into and get clear because even high achievers hit brick walls if they're not doing that work on the inside to break through hard moments — to map out what you want to get out of life and how you want to bring light into this world. This work matters.