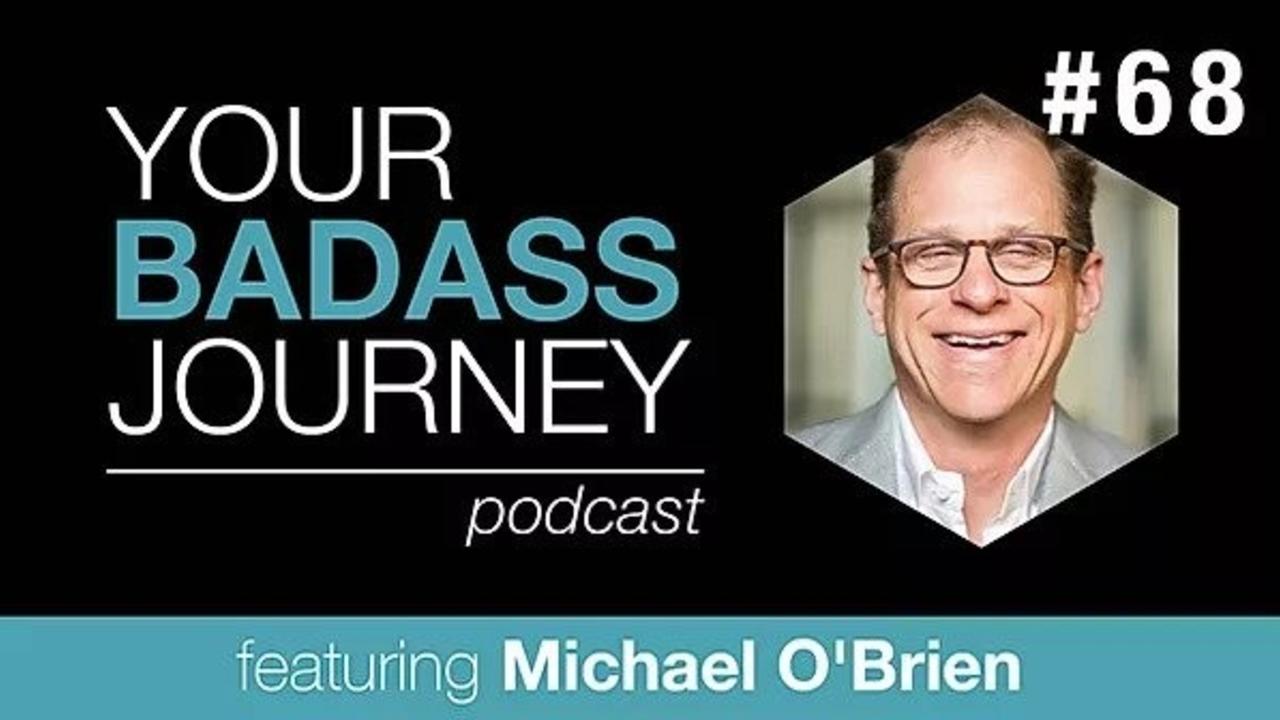 It’s early in the morning and you’re on a business trip. You carve out a two-mile loop to ride your bike before the day’s festivities begin. On the way back to the hotel, you make a turn and a white SUV is barreling towards you at 40 miles per hour.

There’s no shoulder and you have nowhere else to go. You smash into the grill and break a hole through the windshield. Brakes screech as the car comes to a halt, throwing you onto the asphalt before you go unconscious.

Michael is now Chief Shift Officer at Peloton Coaching and Consulting, where he elevates successful corporate leaders by helping them prevent bad moments from turning into bad days. His award-winning, best-selling memoir Shift: Creating Better Tomorrows chronicles this day that he experienced a near-death cycling accident, as well as his recovery journey.

What I love is so much about Michael and his journey is that he took the transformation he experienced and what he learned, internally, and then turned around to help other people transform their own lives through a coaching and consulting practice. He literally lives a life of impact and I am so here for it!

Imagine being in Michael’s shoes. You leave town to go on a fairly boring business trip to New Mexico – and while you’re there, you get into an accident that debilitates you. I mean, really, you're bedridden for months before you can even start the healing process, not to mention returning home to figure out how to navigate what happens next with your career and with your family.

And, prior to that experience, Michael says he was a very different person with very different values. He was living the American Dream that we’re sold in elementary school: you go to college, you get a degree, you get a gig, maybe you meet someone, you get married, have a family, buy a house, work your way up the corporate ladder. “I was following the script I thought society wanted me to live by,” and he was doing pretty good at it, too.

But living society’s script was filling Michael with stress – “and in a lot of ways, I was chasing happiness.”

When Michael was being evacuated on a helicopter after his accident, he promised himself that, if he lived, he would change how he was living his life; he would stop chasing happiness.

The doctors painted this picture of a tough life ahead. They said that people with these injuries don’t get back on their bike. They don't go back to normal. Michael was prescribed a lifetime of more surgery, pain and suffering, dependency, and limitation. And, as a result, Michael was struggling with who he was and who he was going to be.

After a few more hospitals and surgeries, he was sent to Kessler's Institute for Rehabilitation, and it was there that he started to make good on that commitment he made to himself as he got into the helicopter. He had to stop following society’s script. He had to stop comparing what he’d accrued and achieved to others.

This is such an amazing and important part of our badass journeys! Hopefully, most of us don’t have to experience something quite so physically dramatic to come to this realization, but most of us are pushed to this point through some sort of pain.

But when you're trying to raise your level of fulfillment, you have to look inward because that's the only thing you truly control – what's going on in your mind. And these different modalities in which we suffer, we can use them as tools to to strive for something greater; something that you truly desire and that raises your level of fulfillment.

It’s also important to understand that, even if your catalyst is one big event like this, these shifts don’t happen like you’re flipping a light switch. It’s a lot of internal work, new habits, confrontations with your ego, and moments of reflection.

My Last Bad Day Shift: How to Prevent Bad Moments from Turning into Bad Days

Michael recently released a new book called My Last Bad Day Shift. His hope is that, after going through it, the reader will be better equipped to prevent bad moments from turning into bad days.

Often, we let these bad moments – commutes, meetings, phone calls – hijack the rest of our day. And all of a sudden, we come out the other end and it was just another bad day, possibly in a string of bad days. But it doesn't have to be that way.