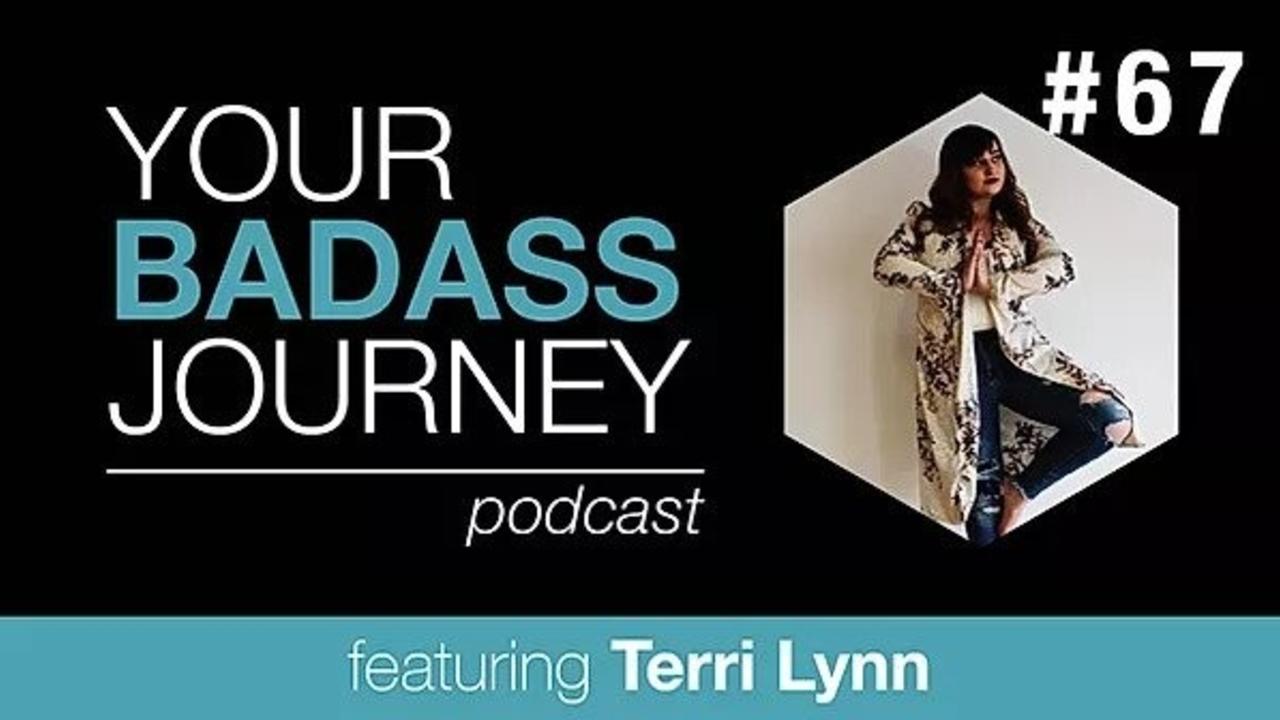 If you are struggling with your health or you feel like you're carrying around a lot of pain and discomfort, it's well worth going through the effort of finding the best health practitioner to help you fix it – as both myself and our guest today can attest!

But that path isn’t always going to be easy. In fact, it’s almost never going to be easy – but that doesn’t mean it’s not worth it. Especially since so many of us are dealing with autoimmune issues these days, which can feel so mysterious and unexplainable even after they’re diagnosed.

Terri Lynn struggled through this journey to learn more about why her body felt like it was breaking down, and when she came out transformed on the other side, she became passionate about becoming a certified holistic health coach and life coach. Truly, she is driven by helping others heal, not only from a nutritional standpoint, but the mind-body connection as well.

I really wanted to bring her onto the show to help people realize and understand that when something doesn't feel quite right, you are empowered to find the help that you need to support and to listen to what your body is telling you in order to find the care that makes sense for your body.

When Terri’s body rapidly started to break down while she was in college, she and her family were worried – especially because her brother had passed away from a fairly unknown illness. And as you can imagine, it is extremely difficult to, at 21, ask yourself, “Am I going to die?”

Finally, she was referred to the Mayo Clinic, which is one of the best in the world when it comes to diagnoses. After a month of testing, Terri was diagnosed with a laundry list of illnesses. “So, as hard as it was to sit there and hear everything that was wrong with my body, it was also relieving knowing that we did know what was wrong with my body, but I had to change everything.”

She was placed on medication for a year, but the goal was to fight the illnesses through lifestyle, so that she could thrive with her illnesses and diseases. But she had to change everything: she had to lose over 50 pounds, get rid of all the toxic chemicals in her skin care, makeup, and cleaning products, and stop living off of macaroni and cheese.

“So, it was a complete lifestyle makeover at such a young age, and it was exhausting.” A lot of people say that making lifestyle changes are easy, but Terri calls BS on that. “That year after the Mayo Clinic was probably the hardest year of my life,” Terri says. “Learning to cook without dairy and gluten was really, really hard. And when you are sleeping 20 hours a day because you're so sick, to get up to go for a run because you need to lose 50 pounds is ridiculously exhausting.”

But at the end of that year, Terri not only transformed her body but also her life. She had energy. She had lost over 50 pounds. She had learned to cook. She had replaced all of the toxic products in her life with healthy products. “I was a completely different woman, and I knew that I didn't want to go back to school... I wanted to help people with their health.”

Our Bodies are Brilliant

So Terri studied to become a health coach before going home to Winnipeg, where she was hired at the top clinic in the area. There, she worked with hundreds of people, helping them transform their lives.

But it was evident that her clients were getting phenomenal results compared to the health coaches working in the office next to me. So what was the difference?

Terri realized that she wasn’t just focused on their bodies – she was diving into their lives and asking questions like, "Why are we here? Why did you gain all this weight? Why do you have this illness? Did you go through childhood trauma?" She was really diving into the self-care and lifestyle aspects of health.

So, when she wanted to start her own practice, she went back to school to become a certified life coach and got registered as a holistic practitioner, which is quite difficult in Canada. She started a practice to help other women come into their fullest potential, even with their illnesses and diseases.

“Our bodies are so brilliant,” Terri says, but we are taught as kids not to trust ourselves. It’s all the small things, like when you were eating dinner and your parents forced you to finish your meal, even though you didn’t feel hungry. “We get so confused so early on with what our bodies are trying to tell us.”

That’s why Terri’s practice is built around the idea of getting people to trust themselves again; trust their intuition and trust what their bodies are telling them. In practice, that means things like asking clients questions so that they find the answers for themselves. Because when they’re in the real world, they won’t be able to rely on her.

“It's not that I saved your health, or I made this massive change in your life. You did it. You listened to yourself, you listened to your intuition, and you can do that at any time of the day, no matter where in the world you are and no matter how many resources or lack of resources you have.”