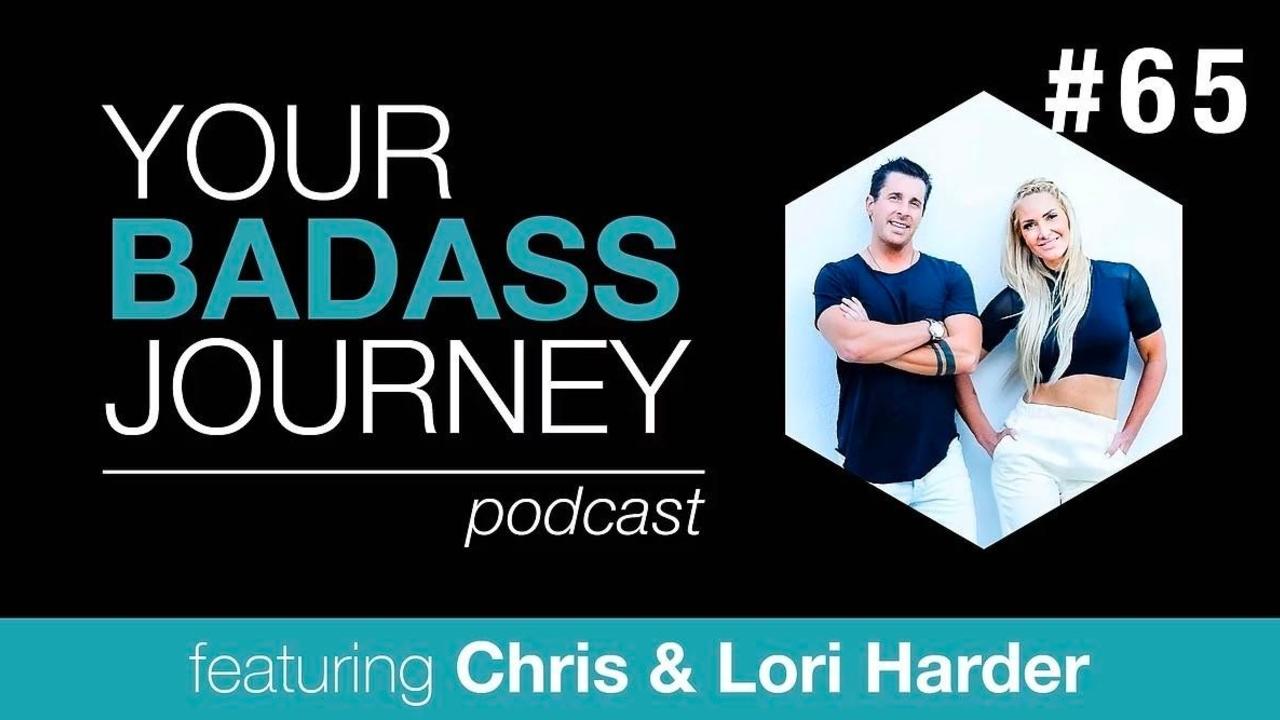 Today’s guests, Lori and Chris Harder are an amazing couple and amazing business builders who have helped so many other people navigate their way to achieving greatness. I know they’ve had a huge impact on my life, so I just had to have them on the show!

Lori is a former fitness model who built a huge network marketing brand before pivoting to building her personal brand through The Bliss Project, and she’s also the best-selling author of A Tribe Called Bliss and the host of Earn Your Happy. Lori has a heart of service. She's a visionary. She loves to ignite who you are, what your purpose is, what you want to go after, and get you started on the path.

Chris, then, is all about strategy, execution, and finding the practical way to achieve what it is you want. Chris spent years in the banking industry, until the market crash happened and they lost everything that they spent years building – so they decided to build up something of their own to build a bigger and better life than the one they had before. He’s also host of For the Love of Money and facilitates the For the Love of Money Elite Mastermind, which I'm a part of and absolutely love.

So, how did they get here?

The Harders have been a roller coaster of a journey.

Chris was kicked out of college. His parents were devastated, but he was excited. He got a job in the car industry, where he learned sales and leadership. “And I feel like if you can learn those two things, you can write your own ticket.” Then Chris got into the banking industry during the beginning of a big boom, and he flew up to the ranks. Everything was amazing until the recession hit.

That was the first big jarring moment of his adult life. Not only did he spend a year flying around, closing down branches, but then it became his turn to take a demotion or a severance package. He took the severance package and ran.

“Now, here's the problem: I was a young, and arrogant, and ignorant. So, I was living life running our finances beyond what we were actually earning.” They made a great living, but they were living beyond that limit. After paying off their debts, they were starting from below zero.

“And while that's beautiful, I had something inside of me that was so big, but I didn't know what that was at all. No clue. I just knew that it was coming in the form of really big waves of frustration and anxiety. It's like I couldn't even put a name on it. I just knew I wasn't doing something that I was supposed to be doing.

As Lori got older, she started to uncover different things about herself; she realized that she was supposed to be living a different purpose, and she realized this at a couple points along her journey. Lori believes that purpose pivots come up in our lives all the time – and we get stuck and we feel pain if we don't pivot when our purpose pivots.

Eventually, Lori owned her own gym, but she noticed that she couldn’t get results for people if they didn’t change their mindset. She still had a lot of anxiety, so she was learning how to cope with that through self-development events and meetups. “I was meeting a lot of different people who were helping me work through a lot of past things, and noticing how this was dramatically changing my entire life, and how the people I was hanging around were changing my life.” That's when Lori pivoted again, this time into self-development.

Neither of the Harders had any idea that their lives would look like they do today: entrepreneurs running multiple businesses, helping others simultaneously create wealth and fulfillment in their lives.

But because they paid attention to those purpose pivots, and because they didn’t resist the changes that life threw at them, they were able to create this incredible life. It just comes down to asking yourself some of the same questions they asked: What are you using that's making you feel better? What are you doing that's making you feel better? What do you know? And how can you help people, even if you’re only a couple steps ahead of them?