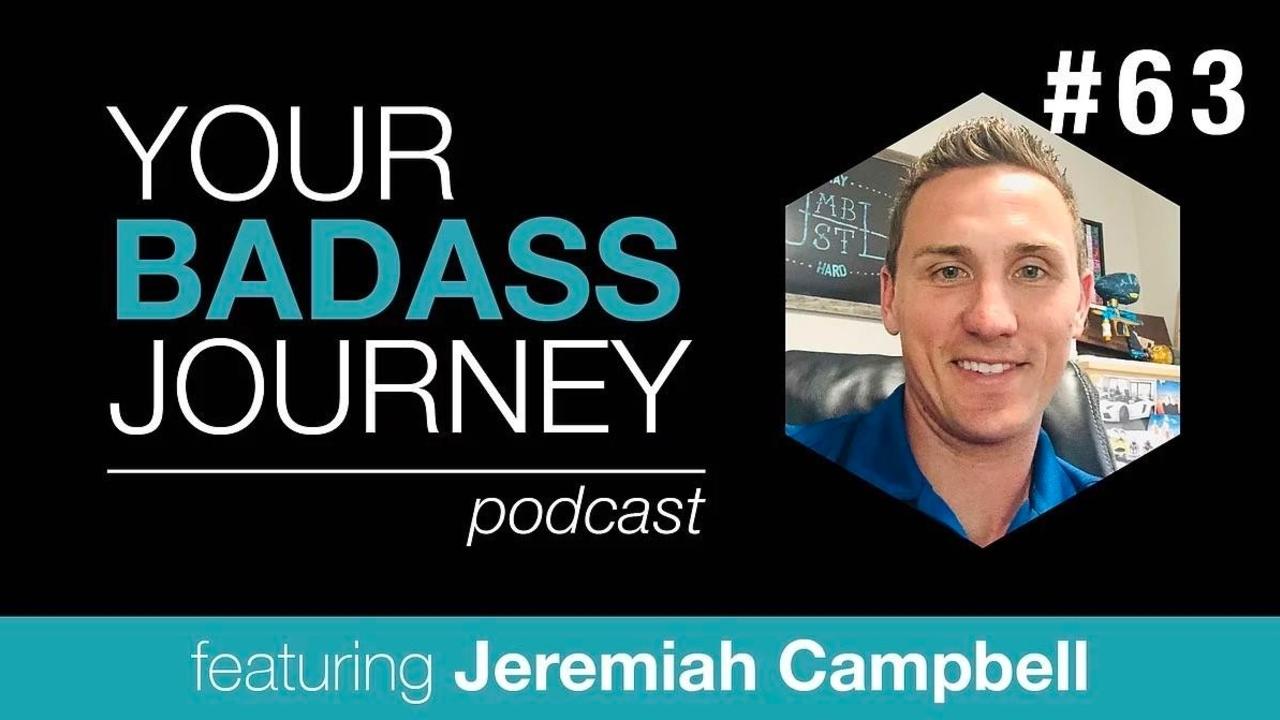 Today my guest is Jeremiah Campbell, and it is such an honor to be able to share just a small piece of Jeremiah's journey with you on today's show. It has completely re-inspired re-invigorated me to continue down the path of helping others get aligned with what they love and do it every single day!

Jeremiah's journey began with a happy upbringing – then he stumbled into serious drug addiction. It took about a few attempts to try and get clean before he finally had his aha moment, which he shares with us in this episode, but it then resulted in building a multi-million dollar business in Michigan.

He is living his true vision of the life he desires with his family, and it is such an honor to be able to share his story with you because I know it's going to inspire you to realize that the life you want is possible, when you have focus, when you have determination, and especially when you have faith that you can create it.

The Gift of Desperation

He was about 12 years old when he started smoking marijuana, which then escalated to pill partying in school. “And I quickly spun out of control.”

Jeremiah became chemically-dependent, and he was an IV heroin user from the ages of 17 to 21, when he got sober.

“I really struggled with always trying to fit in, and drugs gave me a way to feel part of, even though it disconnected me,” Jeremiah says.

Eventually, the drugs stopped working. He couldn't get high enough to mask the pain about how he really felt about himself. But when you're chemically-dependent, Jeremiah tells us, there's such a fog in your mind that you can't see reality with any clarity. So, your reality changes to the point where the people you hang out with, the things that you do but aren’t proud of, become normal. The desperation, the feeling of uselessness and self-pity – you bask it. It just becomes normal because it's so prevalent.

“So, it's in a moment where you know that there's no other way out. You can either take your life, or you can change. And it's that moment in your gut... I call it the gift of desperation. And it's a moment in time where you know you have to make a choice. And you can't make it alone.”

The Journey to Self-Development & Entrepreneurship

Jeremiah’s journey into self-development was in a treatment center. He was asked to journal, and he remembers writing the question, "Who is Jeremiah?"

That’s when it dawned on him that he didn’t know – up until that point, he had been using other people’s identity of who they thought he was. “I was under the delusion that, one day, I was going to wake up with two kids, two nice cars, marriage, white picket fence, everything.”

In Jeremiah’s addiction, he had kind of missed the period of time when most of us transition from child to adult; he never really learned to become responsible or take accountability. So, it was a little later in life when he realized that there’s no pamphlet or handbook that lays everything out for you – it’s a path you have to forge yourself, with some guidance.

For Jeremiah, that journey of self-development looked like a lot of 12-step meetings; a lot of writing self-reflection; a lot of journaling; and a lot of taking inventory of who he was, the wrongs that I did, and how to make amends to those. And, in the process, his life immediately got significantly better.

However, he still wasn't able to get a job. Luckily, a young man gave him an opportunity to work as a mason – “and he planted the seed of entrepreneurship in me.” Jeremiah then started his own masonry business, growing it into a multi-million dollar venture over the past 14 years.

“So, my journey of becoming a person of recovery runs completely parallel with being a person in personal development, being a person. So, people think about it. In the last 24 months since I really stepped into my personal development journey, I realized I don't run a masonry business, I run a human development business. So, my direct success in my business, my family life, is how I can pour into others on how they can achieve and see their own greatness... And that started the whole mindset shift of I am enough. I'm living my highest life. I'm living my highest version of myself.”