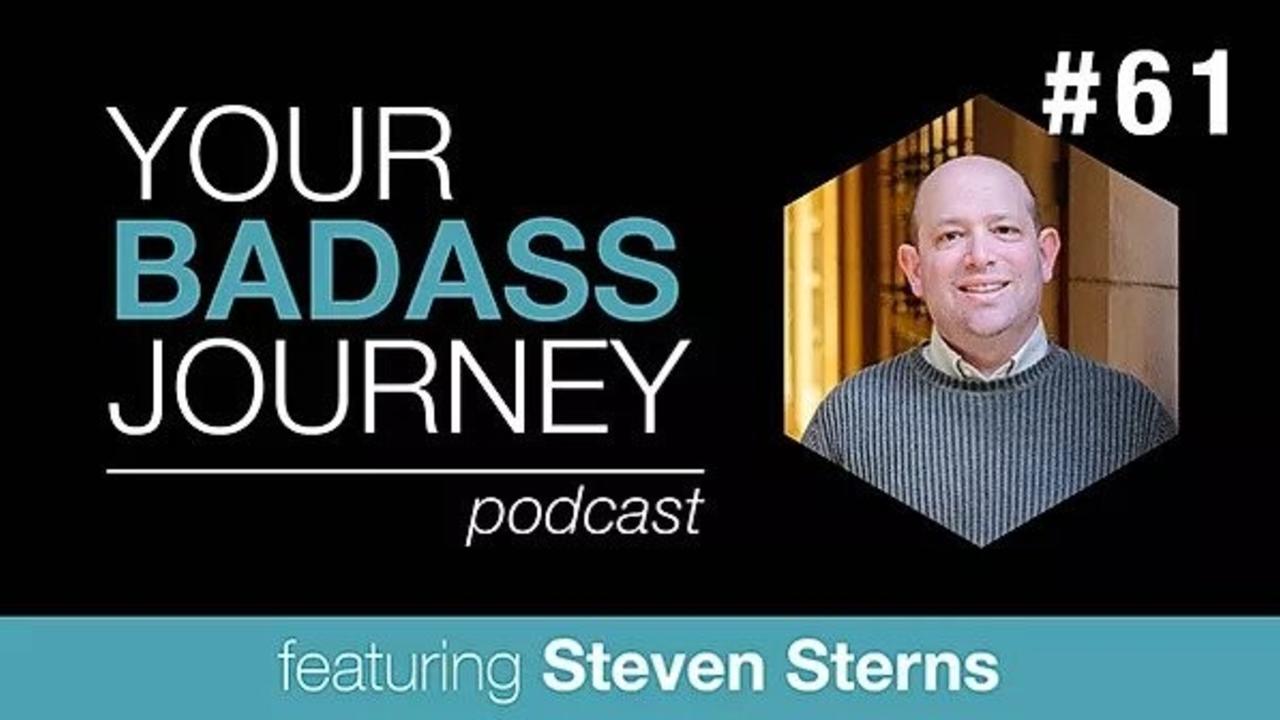 Steven Sterns is currently in charge of cyber security for eBay, but we actually used to work together about 20 years ago, at the beginning of our careers! And I had to have him on the show because I’ve seen him growing as a person and a leader, and what he’s doing to cultivate the culture in his team at eBay is pretty remarkable. Steven has really developed a unique perspective about leadership, as well as what is required to thrive.

I asked Steven about what advice he would offer someone in their 20s right now, someone who is just starting their career and trying to figure out what they want out of life – and his response was powerful.

Steven wishes someone had told him that it was okay to be different. “It really [is] okay to think differently than others, and not every path is the same. So don't look at other people's path to determine if you're on the right one.” That was especially difficult for Steven, coming to terms with not just what he wanted from a career but also his identity as a queer man. “I wanted to be just like everyone else because I was worried that people were always looking at me and knowing that somehow I felt I was different.”

But you don’t need to be like or think like everyone else, and figuring out the ways in which you are unique can be a huge asset. So, “if you are different, be different.”

So, when you feel like there are expectations, when you feel that there is a box that was created for you but you don’t really feel comfortable stepping into it, then you have to pivot and find your own way.

Steven had to do this in what may seem like a very extreme way. He had struggled with his sexuality since adolescence, and his relationship with his parents was strained because, to them, it felt like the future they had planned out was now ruined. But Steven didn’t build that box for himself – they built it for him, and any resulting disappointment was entirely on them.

Still, Steven felt responsible for that feeling for years. “And and it wasn't until I got to my mid-to-late twenties that I said, ‘you know what? I can't meet your expectations and have my life.’ And it got to the point where I was almost in a crisis... and the bravest effort I ever took was when I said I'm not going to talk to you until I want to talk to you now.”

That was a huge turning point in Steven’s life, and as a result, his career. It helped him realize that other people's opinions about how you should live your life, ultimately, don’t matter. “If it didn't fit what I needed for me to feel good about myself and who I was and what I wanted to do, it didn't really matter.”

It also taught him that no one has control over him as a human being, even if they want to judge you, and that’s still how he feels about hierarchy today. Hierarchy is necessary for a successful organization – people have to be accountable –  but that doesn't mean that everything a boss says is right, or shouldn't be brought up for conversation and curiosity.

I love that Steven chooses the word curiosity because it creates an opening for dialogue and collaboration and options, versus questioning and hostility.

And that’s just one reason that Steven is a badass – which is, in his words, someone who is “caring, sharing, and making a difference every day when they show up."