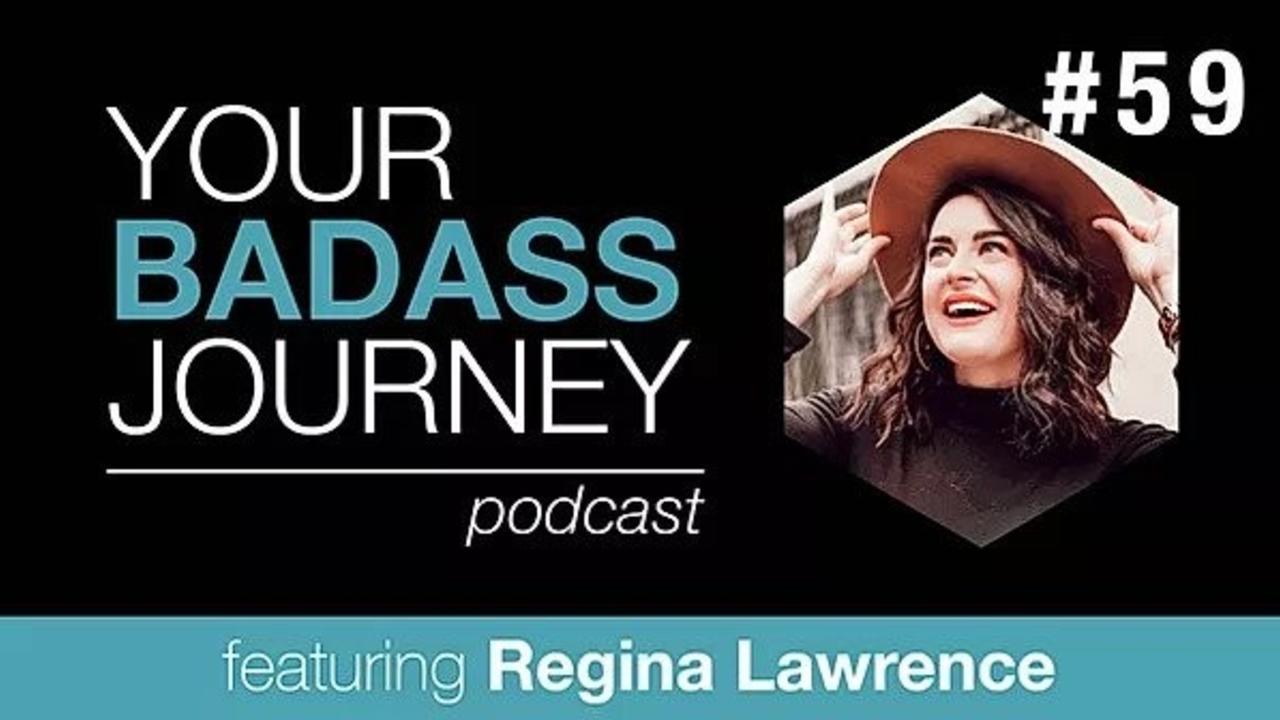 Over the past few years, Regina Lawrence has undergone some radical transformations, leaving both a job and relationship that didn’t serve her and moving halfway across the country to start a new life. She’s feeling more aligned than ever, surrounding herself in a badass tribe of women, and dating again for the first time in a decade.

In the process, she also developed a methodology of coaching that assists and empowers women to know they are never stuck where they are at in life. We have the ability to pivot and create a life that surprises our fears and crushes anxiety at the root.

From Anxiety to Alignment

Regina grew up in a big Irish Catholic, stressed out, crazy family, and she has always been an achiever who really pushed herself – often too far and too much, to the point of suffering from a lot of anxiety and a lack of self-confidence. For a time, she used that to propel her into a career as an attorney, but anxiety isn’t the most efficient fuel for getting through life. Inevitably, your engine will start to break down.

She practiced law for about seven years, but her anxiety quickly grew into regular panic attacks. She experienced a general dissatisfaction with life, which was hard for her to accept because she had worked and studied for so many years to get to that point.

“And I had this pivotal moment in my office. I was a few years into my private practice, probably five years into practice total, and I started shaking, and I started having a panic attack. I was working on a case for a big client and all of the physical manifestations started happening in the body. I was sweating. I was shaking... so I just laid down on the office floor. And if you can imagine it, I'm in a pencil skirt and a pair of blue batons, and I'm laying on my office floor with my arms stretched out. I'm listening to a meditation and I just laid there and cried.”

As Regina laid there on the floor of her office, she thought to herself, "Life doesn't have to be like this.”

I so appreciate Regina sharing the difficult depths of her achievements. Because when we try to achieve something that's basically laid out for us – like you go to college, you go to law school, you become a lawyer, and then you move up or create your own practice – there's often a lot of posturing and a lot of uncomfortable moments that make us someone we're not.

Regina didn’t actually plan to leave her practice. She just wanted to find peace in her life, and she wanted to be in love with the life that she was creating. “The path pretty much started with just me. I just wanted to create change inside of myself, have more happiness, more peace, and more confidence in my own life.”

Regina started replacing anxiety with a more efficient fuel source: the desire for self-development and a passion for growing. She started working with a coach, and then she started developing her own coaching practice so that she could assist women who were like her; these type A achievers who seemingly have it all in life, but really have no peace, have no clarity, have no confidence, and are just seeking a light in their life.

She was coaching on the side, but after a year of doing that, she realized that the coaching was much more fulfilling and more in alignment with her soul than practicing law.

Most of the time, transformation doesn’t happen overnight. It isn’t like flipping a switch. Doing such a transformational pivot takes commitment to a program, or to self-development, or to the discovery phase, as I call it, to figure out what is next. When you have that clarity, then you can put a plan together for your transformation.

“A badass is somebody who is really seeking to stand in their power every day,” Regina says. “And that can be scary, there can be hard moments, but to basically stare the fear in its face and to just seek to live in your power and live in your truth every day is a badass to me.”