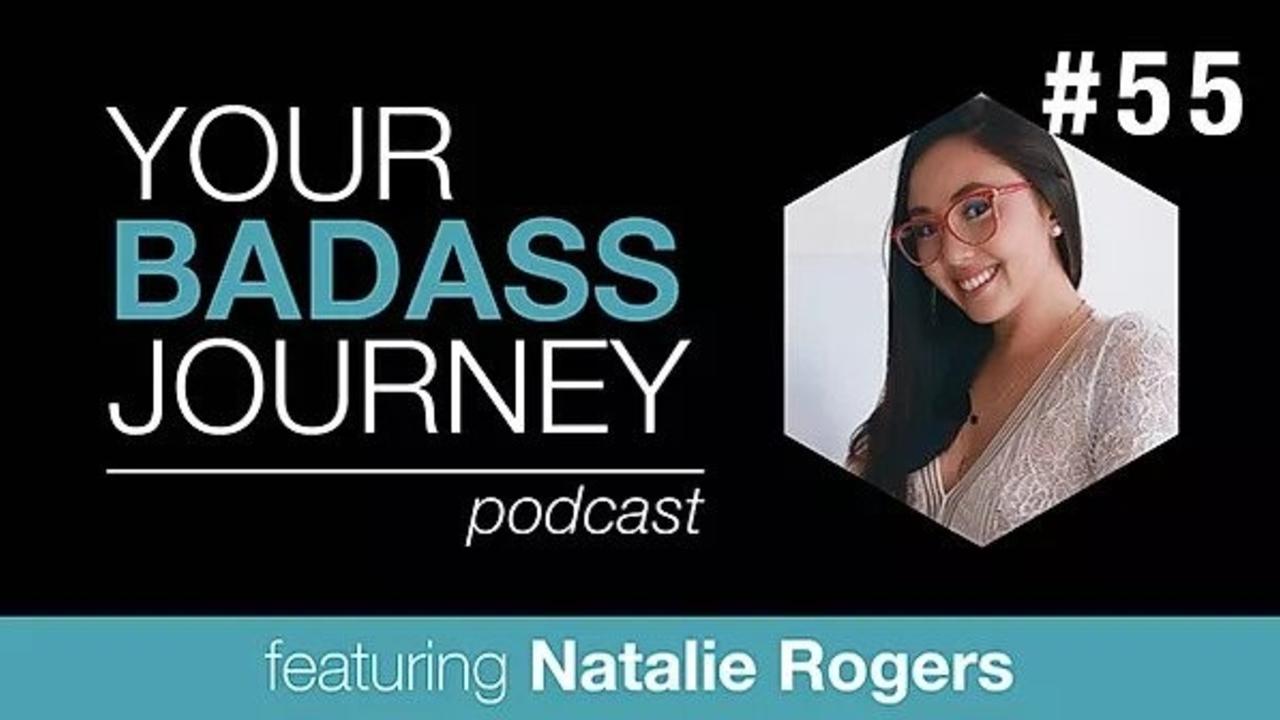 Today I’m talking to a 24-year-old entrepreneur who impressed me so much I just had to share her with all of you. She started her first business when she was 18, a sports coaching business for kids, and fell head-over-heels in love with entrepreneurship. She’s since launched a second business, The Klassy Network, a brand empowering ambitious women to create a life that they love with their stylish products and a network of like-minded women.

Whether you see yourself in Natalie, a young woman with ambition who is ready to make her mark on the world, or you’re on the other end of the spectrum, maybe you’re past 40 and you've lost that desire to go after what it is you want, Natalie is definitely going to charge you up and help you hear your inner ambition.

Thrown into Entrepreneurship – & Then Running with It

Natalie didn’t intend to start a business as she graduated high school. It just kind of happened.

Her biggest passion at the time was playing soccer, and she was offered the opportunity to teach children through a school. She almost saw it as a hobby at first, but it quickly grew into a business.

But as the groups of children she taught grew, she had to bring in some help – and that’s when her then boyfriend, now fiancé, became her business partner. And when they started coaching together, there was a magical synergy that allowed them to do exponentially more, growing from groups of 12 to 50 at one school. “That's when I realized that, wow, this could be big. Like this could be a company. I didn’t even know, really, what owning a business was like. But I saw that something magical happened there.”

They started expanding from soccer into multiple sports, and now, Core Sports Academy is a six-figure company partnered with over 30 schools in the Orlando area.

By the time Natalie graduated college, she already had a functioning company, so she didn't need to go get a full-time corporate job. “I was never the nine-to-fiver, and I kind of just was thrown into it, and I figured it out, and I fell in love,” Natalie says. “And I just became in love with entrepreneurship because of the freedom that it allowed for us to have, and that we were doing something that we truly loved every day.”

But Natalie wanted to do more than just own a sports company. She had a growing passion for inspiring others to start their own businesses, and she wanted to bring like-minded, ambitious women together.

That idea grew into Klassy Network, which is now an e-commerce brand creating products for ambitious women. Although Natalie didn’t know she wanted to create products when she started the company, she stumbled onto an opportunity that she knew she had to capitalize on.

Because, in her own life of running a business, she was staring at screens all day. When she went to sleep, she just saw this white screen on the inside of her eyes. She discovered that this was due to the damaging effects of blue light, and that’s when she came across blue light blocking glasses.

“And at the time, all the glasses on the market were just like super ugly… But in that moment, I realized someone can do this better, and I feel like that should be me. I feel like it really does fit the people that I would love to serve.” After a few months of research, The Klassy Network's first product came to life."

“Keep following that feeling that you have inside. Keep following that, and be your biggest supporter, and believe in yourself. Because if you do that, and you follow what feels right, and take action, that's when you're in complete alignment,” Natalie says.

And I think that’s just beautiful. There are a lot of times that our minds try to stop us from acting, especially when we’re considering making a big move like starting a business, but we need to listen to that first voice deep inside; the voice that gives birth to our ambition and says you should create that pair of glasses. Because saying no to that voice, not listening to that voice, just puts you at odds with yourself and your potential.