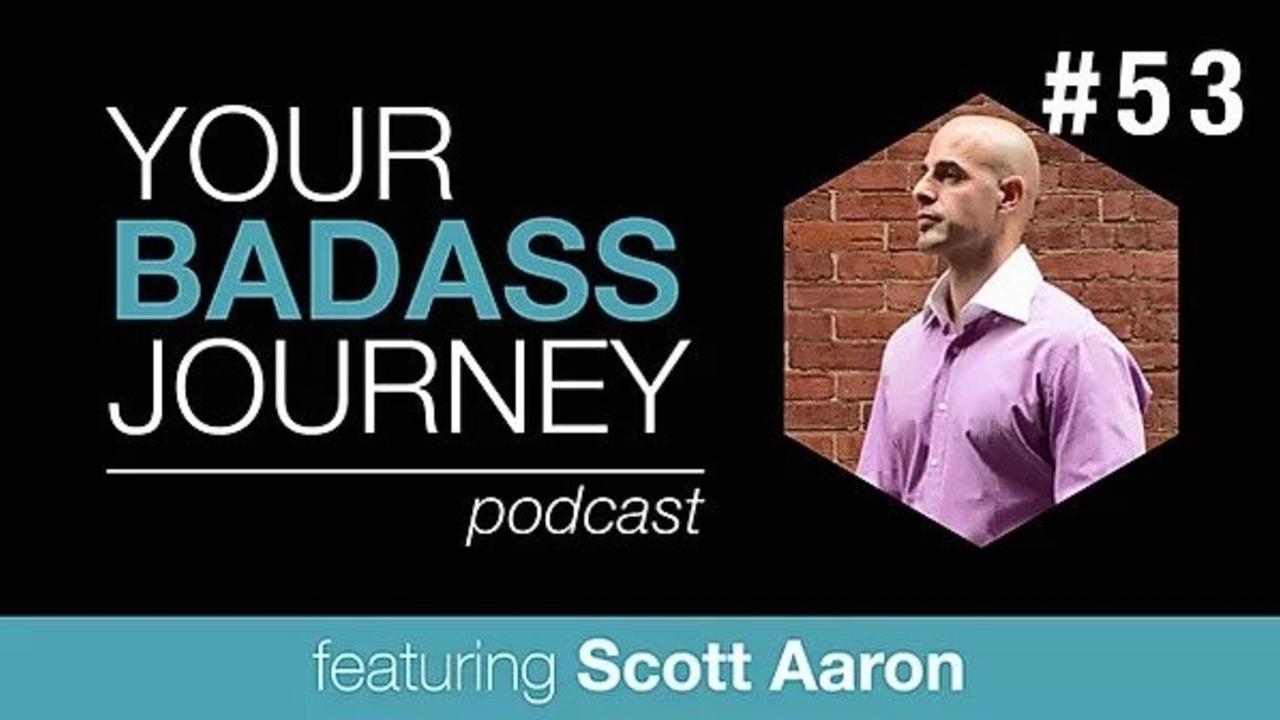 Scott Aaron is an internationally-acclaimed and award-winning network marketer, business coach, author, and speaker. He’s had quite a journey, but his most recent venture involves productizing a system for converting traffic on LinkedIn so that he can help others who just want to extend their reach and create solid business relationships, solid clients, and an authentic way of marketing on a platform that actually speaks to the avatar that he chooses to attract.

I know you're going to benefit from that part of his story. But truly, hearing how he got here is really where I believe he is the most relatable person that you can meet. Because he not only walks the talk, as he went through his own struggles before creating the businesses and lifestyle that he desired.

He's also just so incredibly heart centered and service oriented, and I'm just super excited to share him with all of you.

As a fourth generation entrepreneur, entrepreneurship was born into Scott – but it was also forced onto him. He was dealt some pretty bad cards in the process, but one of the most transcending moments of his life was when he escaped his family’s shadow to build something uniquely his.

Scott’s father was in the fitness industry, and he had partnered who, unbeknownst to him, had a criminal background and was still going down that road. So his father, then, ended up in a $9.5 million insurance fraud lawsuit with the federal government. In the end, his father was sentenced to two and a half years in federal prison, while Scott was only 18 years old.

Scott, then, was put in a situation where he both had to run his father’s health club in downtown Philadelphia and had to step up as “the man of the house.”

“I had no entrepreneurship skills, I had no business skills, nothing,” Scott says. “All I knew was just working at a golf course and a beer distributor. I didn't really have the leadership qualities and skills.” However, Scott was always personable and outgoing, and that served him well in a service-based industry. So, the gym progressed.

Scott increased the membership from 300 to almost 1200 while his father was in jail, and when he returned, they started working together again. One gym turned into two gyms, and then three gyms.

But with bad family investments and some bad advice that his father had gotten, and because Scott was the only one in his family with credit to his name, everything was put into my name. Some things he knew about – most, however, he did not. So, around 2006-2007, Scott found myself $1.5 million dollars in liability debt.

“There's a saying that you're dealt hands in life, and you can either hold them or you can fold them,” Scott says, “and I haven't folded a hand yet... I always make lemonade out of lemons.”

So this debt was just another bad card, although it was a pretty bad one. It ended his first marriage and it really hurt his relationship with his father. So, again, Scott had to pick up the pieces and move on. The gym became successful again, he pushed forward, and he knocked down his liability debt.

Six years later, in 2013, Scott started a personal growth journey through the means of network marketing. So, on July 1st of 2016, he officially filed for personal bankruptcy, and on July 31st of 2016, he closed the doors to my gym and retired from personal training for good.

Because four months prior to that, while Scott was in the midst of building his network marketing business, he had stumbled upon LinkedIn. He was looking to prospect more people, bring more people onto my team, and connect with more people when he uncovered what eventually became the licensed and trademarked system that Scott teaches others today.

“It's hard to explain to people how I felt on August 1st of 2016, the first morning waking up knowing that I didn't have to drive to that gym anymore, but it felt freeing... And at that point, I knew that I just had to continue to invest in myself, to invest in my mindset, and I haven't stopped since.”

I want to make sure people understand, that's not what you're educating and teaching folks on is not one of those like growth hacking methods. It is true, authentic learning on how to connect on a platform that has tremendous value for branding yourself, in order to make the right connections to help grow your business and career. So, for those of you who are not on LinkedIn, are not sure how to get started, or want to understand best practices, you should definitely connect with Scott because he has a whole plethora of information on his site and in his book.