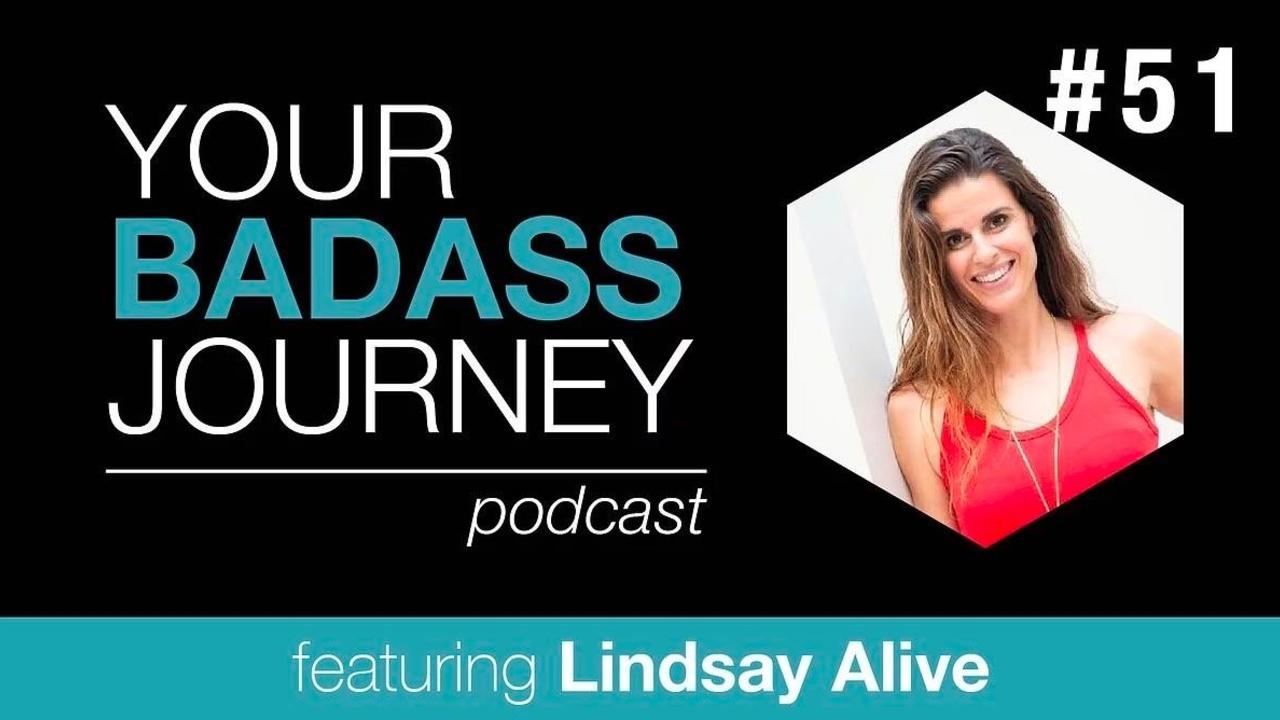 Today our guest is Lindsay Alive, who is the founder of Alive + Awake and a well-known leadership and executive coach. She goes into organizations and transforms their ability to perform by leveraging all of the modalities in her toolbelt: as a coach, a yoga instructor, and a writer.

She's just one of those people you need to know if you're looking for ways to truly dial in who you are and let that light shine in all that you do.

Through her early 20s, Lindsay was a perfectionist and overachiever – something I'm sure many people listening to this podcast can relate to! She was anxiety-ridden, and control was the truth of what was driving everything.

“And by control, that looks like a lot of overachieving, being the top of everything, the captain of the A team... And, ultimately, what that led to was burnouts – mental, physical, emotional, spiritual burnouts.”

Lindsay was really just going through the motions of what she felt was expected from her: business school, a high-paying corporate job, and then moving up the ladder at that job. “I had no concept of what my inner truth was, what I wanted. It, literally, did not even cross my mind to think about. If you would've said, ‘What do you want? What are you passionate about? What are your desires?’ I would have stared at you like you were an alien.

Lindsay barricaded myself in this fortress of safety, control, and performance – and it truly became a prison of her own making. She was making lots of money, and supposedly in the sexy job. But that job was really just analyzing millions of lines of data to save a bank money on pencils, which had zero meaning to her.

Listening to Yourself: Ego Vs. Soul

That realization was a shocking wake up call. Lindsay found herself, for the first time in her life, feeling numb, anxious, depleted, and empty. And when she looked at the people 10 years ahead of her, and she listened to their conversations, they just seemed “defeated.”

So she asked herself, "Is this it?" Of course, Lindsay realized that there had to be more out there...  but that still left her with the question of, "Okay, but now what?"

Lindsay says that those lingering thoughts are some of the key indicators that you’re not where you’re supposed to be. Our logical minds, our egos, want us to stay safe – but that may not align with what your soul whispers into your ear, quietly at first, and then so loudly when you burnout.

That isn’t to demonize the ego – the ego is a very healthy, important part of a fulfilled and integrated human being. It's discernment, it's awareness, it's how we operate in the world. However, the ego is often running the whole show and the mind. And when that happens, Lindsay says, “it gets squirrely and it gets toxic.”

So Lindsay’s internal work, and now the works he does as a coach, focuses on listening to the soul cues, the intuitive cues, the higher knowing cues. “They're subtle, and they're whispers until they're screams, but they're not as sexy as big signing bonuses, and Ritz Carlton trainings,” and all the other immediately gratifying things that the ego likes.

It's easy to grind because you're in control, you feel like you're in action. There's the hits in dopamine, you’re getting stuff done, and you get this instantaneous feedback. But the soul journey isn’t so easy. You have to practice trust, surrender, listening, humility, and stillness – and those can be really frigging difficult to do, especially if you’re a recovering control freak!

“And so, I invite your listeners also to contemplate in their lives, the resting, the listening, the waiting, the allowing... if you're doing, and doing, and doing, but you're the entirely wrong path, you end up at the destination, and you're like, ‘Oh shit. I'm defeated, I'm broken, and I don't even want this.’”

Lindsay is still, by all accounts, a massive achiever, but it's no longer coming from a place of fear, control, or anxiety. Now, it comes from a place of passion, of alignment with a massive purpose, of a calling. “Like I literally feel like I'm being led in every moment of every day.”

“There's a whole other level of service, servant leadership, humility,” Lindsay says. “And I believe that's really where our greatest impact – the ikigai, as the Japanese call it – or the true alignment with our highest calling is that level of connection. So, what's being asked of us in any moment of our lives?”