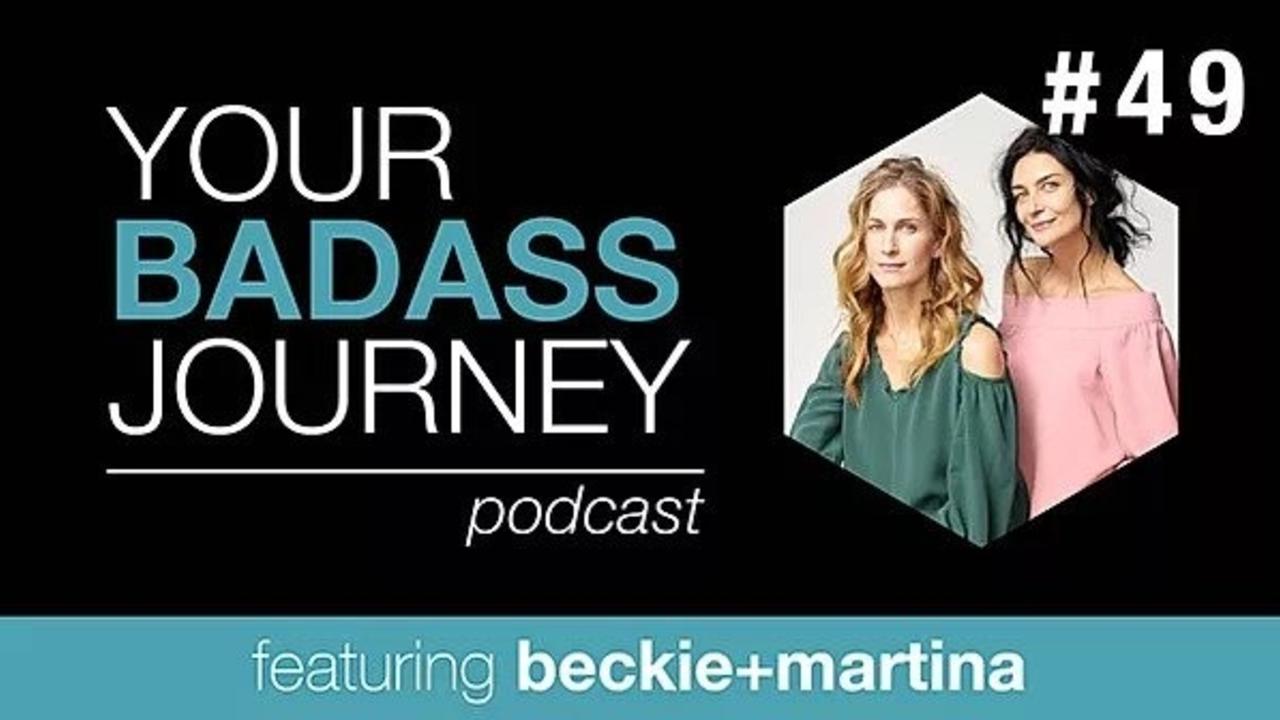 We all go through these stages when we have outgrown what we’re doing and want to go to that next level – and, as you probably know, I'm all about the up-level. Well, one thing that people often ignore or overlook when they’re going through a transition is their wardrobe!

So, I had to talk to Beckie Klein and Martina Gordon, who have been the top personal styling team New York for over a decade! We talk about how they built their business as both best friends and partners in business – which is quite a bit different from a romantic relationship, but no less difficult – and how their work helps people feel more empowered in how they dress, without all of the stress and time that goes into filling up your closet.

I love talking to partners in business, especially female partners, because I am so interested in how they found each other and how they work together, and I think it’s always inspirational to hear these hard-won success stories.

Beckie and Martina both began their fashion careers as models, refining their styling skills by working with the world's leading designers and fashion houses, alongside the most talented photographers and stylists in the industry from Paris to NYC.

Beckie grew up in a small town in Florida, while Martina grew up in a “very, very small town” in Slovakia. Beckie started modeling when she was 18, while Martina started studying medicine. In fact, she didn’t know anything about fashion, but she won a contest that allowed her to leave Slovakia to start a modeling contract.

So, they met in Paris and modeled together, bonding over their incredible trips and experiences.

“We absolutely loved it,” Beckie says. “Being models at that time, it was such a glamorous job. And as I said, we've learned a lot and had a really good education that we're putting to good use today.”

Beckie and Martina both moved to New York City in the mid 90s, where they continued modeling in tandem. They both got married, and eventually they both had kids. Then, when they were walking their strollers around Tribeca and Soho together, immersing themselves in the world of Manhattan mothers, they noticed something: “People were kind of a hot mess – and maybe us included!”

So, they decided to start a business. They saw that these women didn’t have enough time to focus on fashion, or really to find themselves again after having a baby. “You know, to kind of find their voice again, their fashion, their fashion sense; to kind of pull themselves together, get some time back to themselves.”

10 years later, their business has expanded greatly. They work with clients in the world of business, tech, finance, and entertainment. Impressively, their clientele is also 50/50 men and women. “So, there's no one excluded from enjoying our talent!”

However, one thing hasn’t changed – they’re still empowering people find themselves and express themselves as they go through a difficult transition!

I absolutely love the work that these two are doing. Not only is it helping others live their best lives, it’s a business that lies at the intersection of their passion, their experience, and their zones of genius; it’s the integration of all that good stuff I’m always talking about!

I’m also excited that we got to talk at this stage of their business. They’re already successful, obviously, but they’re working on some big projects right now and I know that they’re about to do some incredible things. We’ll definitely be checking back in with them soon to see what they’ve accomplished.

It’s not going to be easy, scaling up and staying integrated and aligned, but I know these two are up for the task.