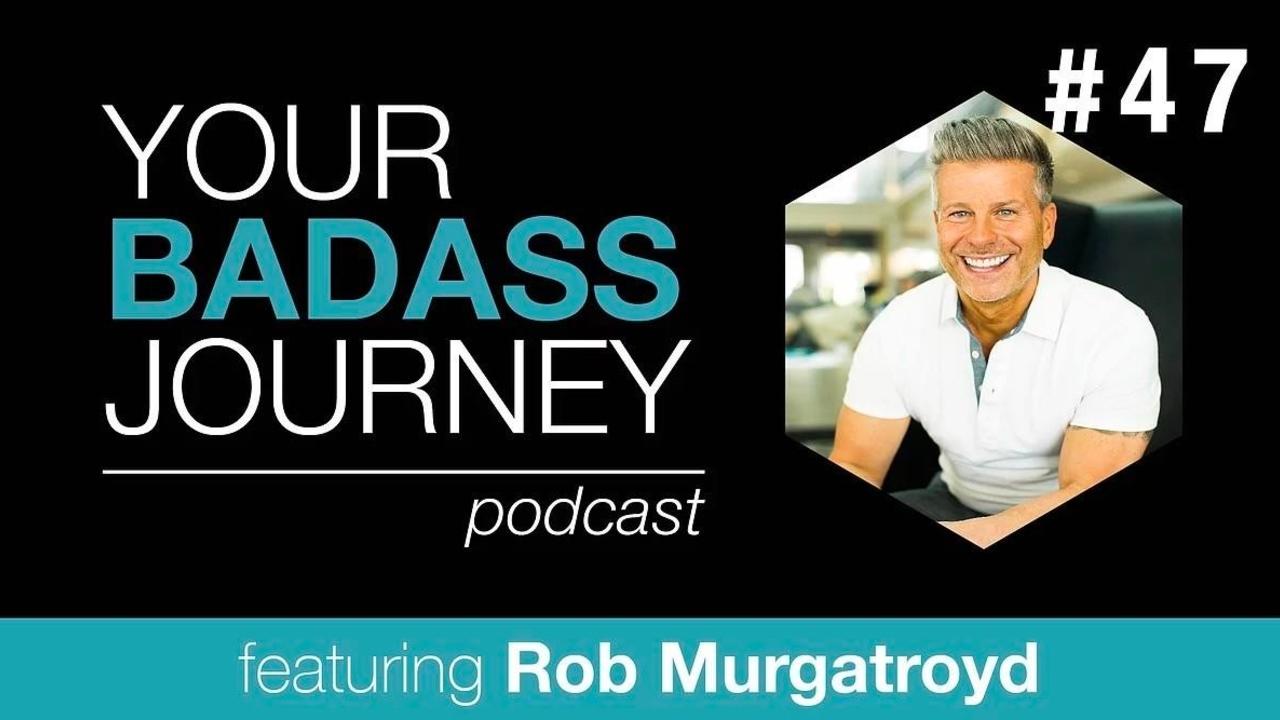 I am so excited to introduce you all to Rob Murgatroyd today!

Rob recently let go of his career as a chiropractor to begin truly focusing on creating play for top-level entrepreneurs and business leaders who are just hyper-focused on doing the do because they love it so much, but really need to integrate play into their busy lives. Because when we play, we create a space of innovation, we create a space of fulfillment and fun to make it all worth it.

He also recently launched a coaching practice, where he takes on some elite clients to help them transition, like he has, from a career that doesn’t fill you up anymore into creating one that does.

As you’ll hear in this episode, Rob and I crack each other up all the time. We also had a good time on his podcast – Work Hard, Play Hard – if you want to learn a little bit more about how I play. Honestly, we just love talking to each other, checking in with each other, and raising the vibration in our conversation.

Rob’s badass journey has been a bumpy ride, with some dramatic ups and downs.

For starters, Rob grew up with an alcoholic father. He’d leave early in the morning for his job, then come home around 3:00 in the afternoon after hitting the bar. He’d always come home drunk and they never knew what was going to happen then.

So, while he as still at home, Rob started teaching himself about personal development. He decided that his ticket out of Queens was going to be stepping into the world of education, in a big way.

After college, Rob wasn’t sure what he wanted to do. His brother suggested being a chiropractor, saying "You're into fitness, you're into health, it'll be a great career. They make great money. You don't have to work that hard. And I think you'll enjoy it."

So Rob flew out to Atlanta to check out a chiropractic school, although it wasn’t a newfound passion for chiropractic that pushed him to move – it was the relative cheapness of Atlanta compared to Queens. He could rent an apartment overlooking a swimming pool for $300 a month and it felt like Nirvana.

Rob spent the next 25 years as a chiropractor. He eventually built a really successful practice, but he never fell in love with the career – however, he also got addicted to the money that was associated with it.

Then, he started travelling around the world and taking more time off than he should have. He was spending too much money, partying too hard, and the business was suffering for it. So he got back to work and built the business back up, but there was still no fulfillment.

“So, it was a real struggle for me to find that work hard, play hard kind of thing. It wasn't until probably the last three to four years where I felt like I was able to put it together.”

Finding fulfillment is an art. It takes growth, it takes time, and it's not something that happens overnight.

I like to break it down into three phases. Many of us start in survival mode. Then, you go into maintenance mode. This often looks like the life you think you want, but it often ends up not serving you or letting you down in some way.

But we need to get to maintenance before we can get to the third category, The Thriving Life, because most of us, first, need to have the luxury of being able to look around and ask, “What do I really want?” That’s not necessarily something you can do when you’re just trying to survive.

But getting to this point, to the point where you can integrate working hard and playing hard, is difficult – because you want to be of purpose, but you also want to enjoy the ride.

“But the moment that you free yourself from this, your bandwidth is going to open up in a way that you've never had open before; when your time is your own, and you're creating it the way you want to create it, that bandwidth opens up some magic.”