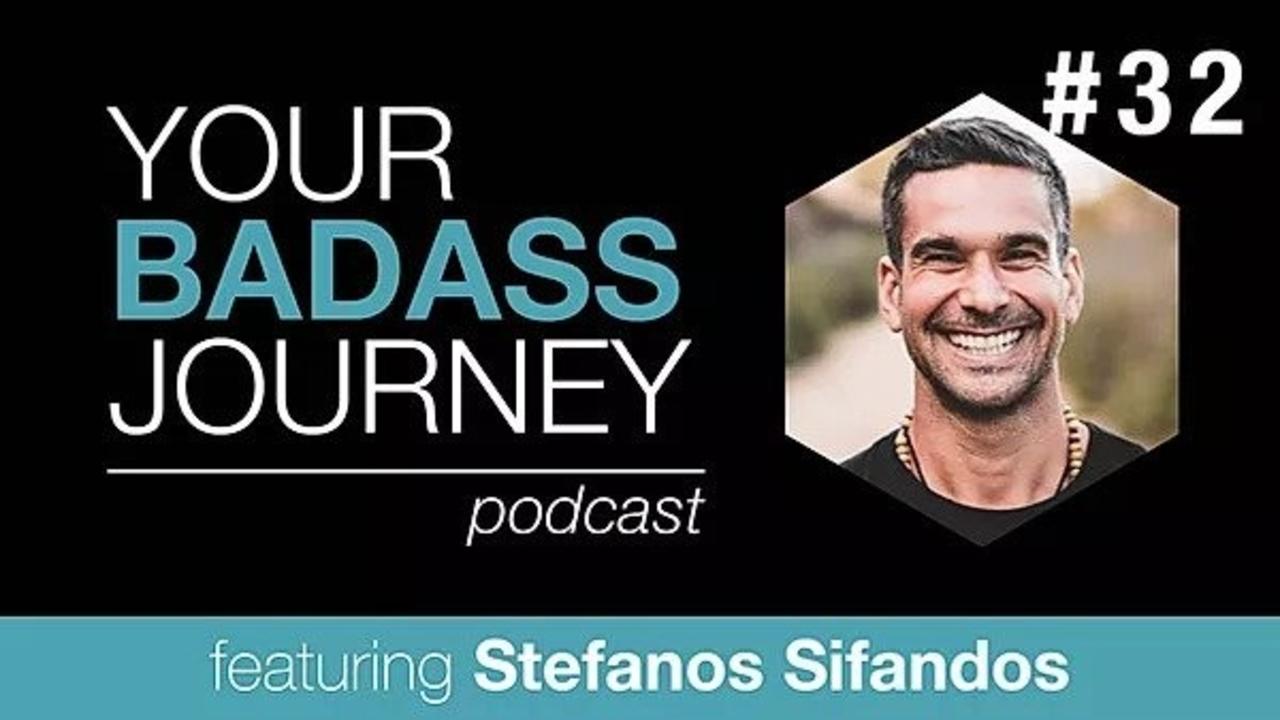 Stefanos Sifandos facilitates transformational growth through neuro-empowerment practices, an integration of spiritual praxis and western psychology to improve and enhance the quality of your relationships. Stefanos believes that intimate relationships and sacredness in union is a direct path to enlightenment and freedom.

Immersed in deep men’s empowerment work and intimate relationships, Stefanos merges the best of eastern and western methodologies and philosophies to promote balance, sacredness, and joy in life. It is his mission to help you reconnect with your truth and empower you to create the abundant life that you deserve.

But getting to this place required a lot of inner work.

Stefanos believes that outward success or outward manifestations are a result of the inner work that we do. This doesn’t necessarily have to be hard – especially, Stefanos says, if you leverage your connection with the people closest to you – but Stefanos “just had to learn the hard way.”

Stefanos grew up in a difficult environment. His childhood was marred with violence, physical abuse, and emotional abuse. “And to be honest... I'm not this outlier here. It was an interesting journey for me because I internalized a lot of that.”

So throughout childhood and into early adulthood, Stefanos internalized judgement and reprimand, and he learned how to survive in that environment. It was necessary. But, unfortunately, this led to unhealthy expressions of his self and truth in early adulthood.

“I took what culture and society said men had to be or could be. And men were men, boys will be boys. And I became violent. And so, I started studying martial arts a lot more, but it wasn't just this inward compassionate practice of understanding the body, mind, heart, spiritual connection. It was more, ‘I want to do this to hurt people because I was so hurt.’ ... I was always angry and always frustrated, and I could never understand why because I wasn't choosing to look at that stuff.”

This distorted view of reality affected his relationships, affected his perception of self, and affected his business. But then his behaviors came to head in a particularly messy end to a relationship. He saw the pain he was causing a person he cared for and he wanted to change.

“And so, I began the journey of stepping into truth, allowing truth to be a foundation for me to experience facts... And then, that led to freedom. That led to liberation. The truth never directly sets us free. There's always a process and stages that occur. And so, that was the beginning of something amazing for me.”

Periodically taking time to do the inner work and reframe our truth is really important, especially if we experience a trauma early in our lives and have to adapt to survive like Stefanos.

But right now, so many of us live in what Stefanos describes as an unconscious state. For many, why we behave the way we do and what we believe comes from unconscious drivers, unconscious patterns of belief, and models of reality that we don’t acknowledge. But when we bring that to light, we empower ourselves to make conscious choices; aware choices of who we want to be and how we want to express in the world.

We have to keep coming back to our own internal truth, and then choosing to share that and being confident with how we share that in our relationships, both personal and business.

“You take that you bring that element and that notion, not only that concept, but that visceral practice of willingness. Willingness, for me, has been a f*%&ing game changer in every area of my life.”

If you want to change, if you want more than comfort in your relationships and your business, you have to be willing.