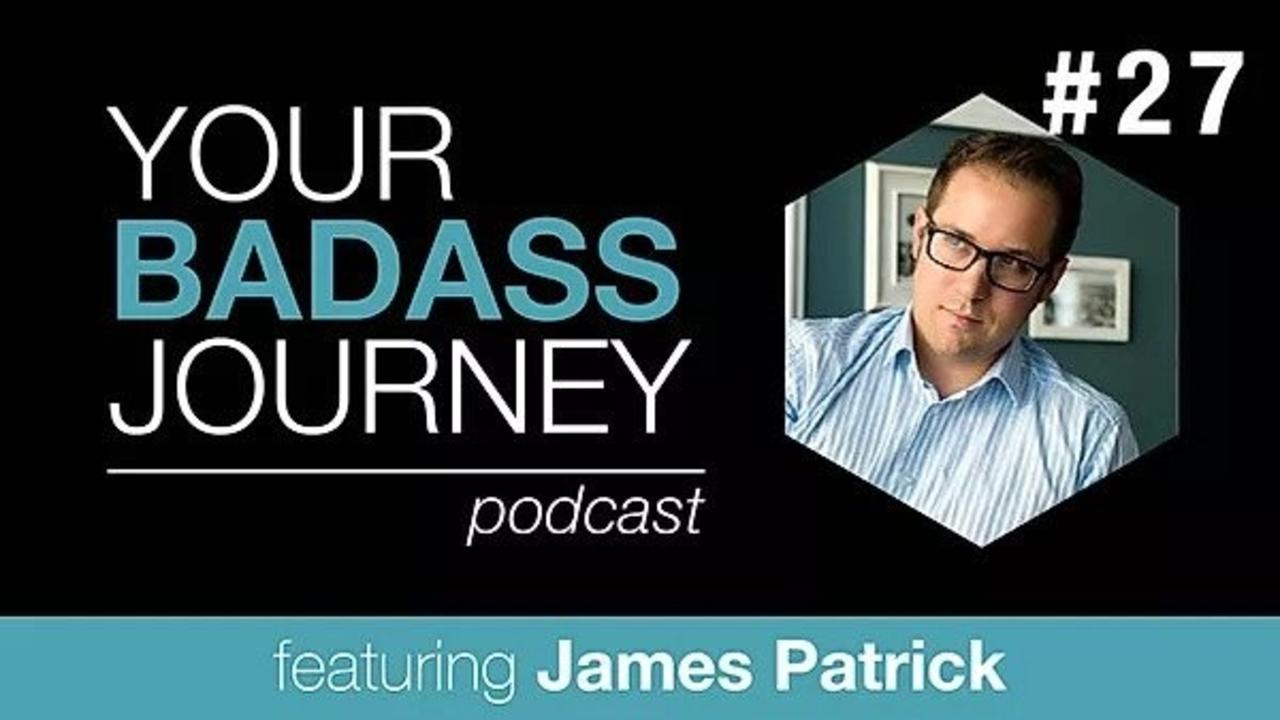 James Patrick is an award-winning and internationally published commercial and editorial photographer based in Arizona. He also works as a business coach, marketer, website strategist, journalist and a public speaker covering a variety of topics including photography, marketing and business development.

What all this means is that James is a storyteller – and as a storyteller, he has a bevy of mediums in which to craft and communicate his stories.

And although James wears a lot of hats, they’re all unified by one mission: creating art and opportunity for others.

James started as a journalist, working his way through journalism school... but he found that he wasn’t really passionate about going on assignment. Then, one day, he was asked to both cover and photograph a new story, and it sparked a passion for photography.

He shifted into marketing after college, and for ten years, he essentially maintained two full-time jobs: marketing in the office and photography at home, on the weekends, and during every break.

Eventually, he decided to take the leap into full-time entrepreneurship. The photography business fed his artistic soul, while starting a number of side businesses rounded out his portfolio as a business owner and helped him pay the mortgage.

But, of course, that didn’t all happen in one fell swoop.

Looking at other photographers and entrepreneurs online, James saw many of them were telling their stories incorrectly. “You're not telling your story with enough resonance. You're not telling your story with enough impact. Your message is not getting heard. It's not getting seen. So, it doesn't matter how good these photos are. If no one sees these photos, you did not achieve your goal.”

So James started blogging about it being seen, being heard, and being read.

He wrote about the marketing of your imagery, the application of your imagery, and how to properly brand yourself as a freelancer and as an entrepreneur in the health/fitness/sports/wellness space. A few years later, the blogging turned into podcasting, then eBooks, then public speaking.

But one thing was missing. “This was just sharing information. There was no monetization behind it. The one thing that kind of shifted it was my desire to form a community around it,” James says. “If I'm providing information and inspiration for people to excel in their careers, why don't we provide a platform where they can come together, and be a community, and go somewhere together as a community, as a tribe, as a family to learn to share best practices, and to see how far they can go."

That was the birth of the FITposium conference, one of those businesses supporting James’ artistic endeavors.

One of the things that James separates is the difference between simple and easy “because it has never been simpler to do anything.”

The democratization of social media has created a delicate shift in how we present ourselves, and it can create this comparison game where you start thinking about the number of followers, or the engagement, or how great another person’s photos look.

But we’re just looking at what other people want us to see; their “greatest hits,” as James puts it.

If we reframe the way we look at social media, we can avoid the comparison game and feel better about the way we’re authentically connecting with other people. Instead of trying to grow our following as big as it can be, what if we tried to focus on the minimum viable number of devoted followers we need to be successful?

“Let's say it's 24 [people], and you only focus on those 24, and all you care about is making those 24 lives better than it could ever be. Imagine the traction you could get with that by focusing on the minimum number it takes for a successful business, and how that could impact your business in the future because those people are the people who will come back again and again, and they will. That is what encourages them to tell others to do business with you.

“It's not putting something out, spamming the world, and hoping you just get enough clicks that you get an ROI.”

I love this analogy, and it offers a valuable and approachable perspective on what it actually takes to build whatever it is you're trying to build, while also achieving the fulfillment that you're looking for.

Personally, I like to run deep, I like to connect, and I like to grow together. It takes human interaction for that to happen, as well as a consistency of it for me to feel fulfilled. I don’t have the time to have that interaction with thousands and thousands of people, so if that’s what I’m chasing, I won’t be fulfilled.

“That right there is the difference between marketing that gets the door closed in your face and marketing or content delivery that gets people to welcome you... It's not trying to convince people to do something they don't want to do. It's connecting with people who already want what you can deliver.”