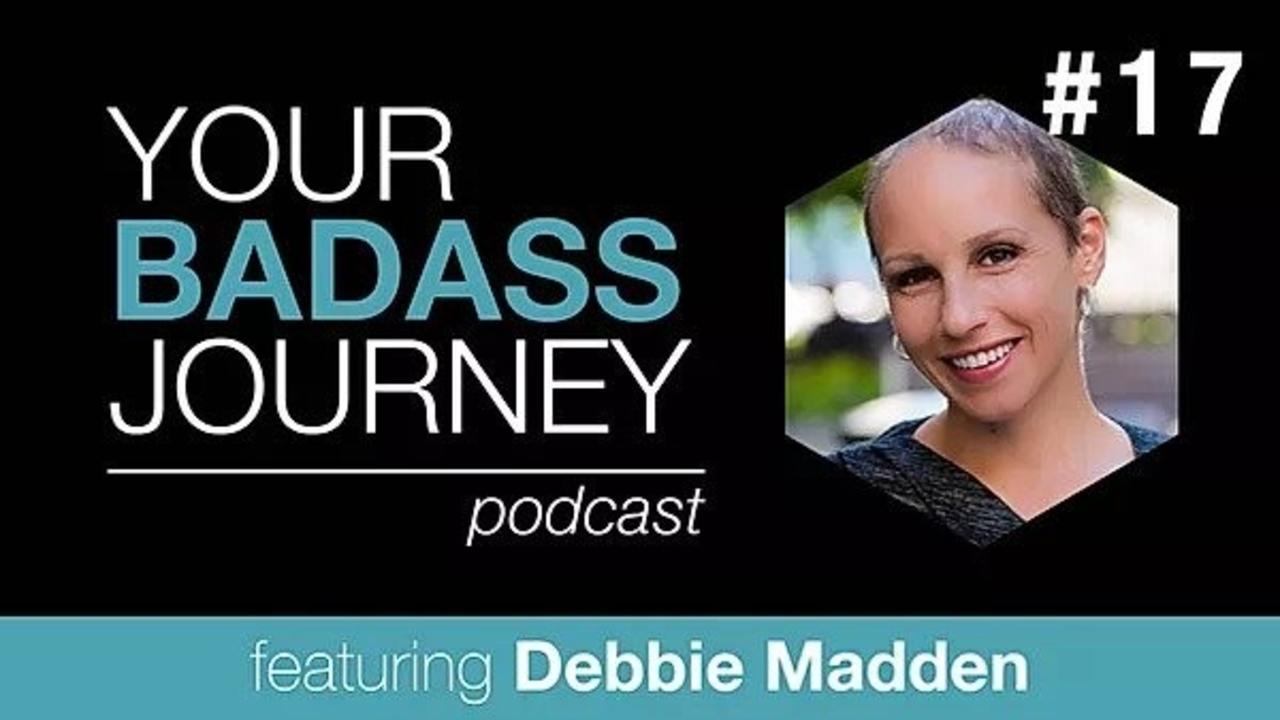 Debbie Madden has over 20 years of experience in the tech industry and is passionate about helping businesses improve through software. As CEO, Debbie has unparalleled leadership experience in the technology space after building five companies from the ground up prior to co-founding Stride Consulting.

With a reputation as a passionate woman executive in technology, Debbie is a sought after writer and speaker. She has appeared in popular media outlets such as Huffington Post, Inc. Magazine, Forbes and The Wall Street Journal.

Prior to Stride, she was the CEO of Cyrus Innovation, which she helped grow into a 5-time Inc. 5000 winner and Crain’s Best Places to Work.

Debbie definitely isn’t your traditional entrepreneur, and she chalks her career journey up to “a series of what I call happy accidents.”

Her first business, which she co-founded with her husband, only lasted about two months. The second one lasted about a year, and “it was another glorious failure.” The third company, however, lasted 10 years.

Then Debbie started Stride in 2014, also with her husband. But after experiencing a lot of doubts and downs along her journey, she learned a lot of important lessons for both business and personal growth – and this time, she is truly capitalizing on what she’s learned.

“I often say you can be as happy running a pizza shop as a software consulting company. I am passionate and believe very much in what Stride is doing, with regards to helping teach the world how to build better software. But, for me, it is about this idea of building good teams that people want to be a part of and where people can really thrive.”

There’s one thing that Debbie knows for certain: no matter what she sets out to do, it never matches what actually happens. And over the last 20 years, there have been many glorious roadblocks altering her path.

She battled breast cancer for two years. She had a daughter that was born a pound and a half. Her husband got into a bike accident and almost died.

“Stuff happens to everybody,” Debbie says, “and it's not about playing the victim. It's about taking control and prioritizing spending your life doing things that you believe were meaningful to you, and can have an impact, and make you happy.”

And in doing those things, regardless of all the stuff that gets in the way – and stuff is going to get in the way – just embrace all that's coming. “That's kind of been my attitude this whole time.”

This attitude very much reflects the agility that Debbie applies in her software delivery, and she brings that same type of agility into her home life and just life in general.

We all need to be flexible because our roles in life change, even when our titles don’t. Debbie wrote about this idea in her Inc. article, “Want Your Business to Run More Efficiently? Start By Improving 1 Meeting Each Week. Here's How.”

“I don't think there's any more effective way to run a business than to really get a bunch of people in the room, work on building real trust, and then explicitly stating who's accountable and responsible for each area,” Debbie says. “And then, like anything, as you grow, it has to change. So, I want the roles that we have in place today will not be the roles we have in place in 6 to 12 months from now.”

I call this the startup to grow up phase. Because who you are when you first start a business is not who you are during later stages, and that growth spurt is necessary. As you scale up to running a $100 million business versus $1 million business, it's a whole different scale of infrastructure, operations, etc.

You absolutely need to create a forum for conversations like these, as Debbie does, because, a lot of the time, I see assumption leadership in action. And then, that shows up in the bottom line. And every single person needs to be part of that conversation, even the CEO.

“We can't be afraid to try and fail, but we do have to hold ourselves to this idea of having perfect intention when it comes to things like respect for other people, learning from failure, and these sorts of things.”